On May 6, 2021, lights, cameras and production crews set the stage in a New York City studio for the Healthcare Business Women’s Association (HBA) first-ever live virtual Woman of the Year event.

More than 7,000 attendees tuned in from 21 countries as our Chief Executive Officer and HBA advisory board member, Christine Miller, emceed the event introducing live speakers and presenting awards to some of the top contributors to the healthcare industry this past year during the COVID-19 pandemic.

Here are four of Christine’s takeaways from this hallmark event.

Takeaway #1: Diverse teams made the biggest impact during the pandemic

“The HBA’s focus is ensuring career equity. The belief is that if we’re able to achieve equity and gender parity within our industry, that will lead to health equity globally.

That’s because when you have a really diverse team, you get all different perspectives around the table and you’re more likely to create healthcare solutions that address everyone’s needs.

The stories shared by the speakers and award recipients at the event were true testaments to HBA’s mission.

Rod MacKenzie, Executive Vice President and Chief Development Officer at Pfizer, shared that women on their team were instrumental in the development process for the COVID-19 vaccine and getting the vaccine to market. There was also an award recipient who shared that she and her team were responsible for manufacturing PPE and distributing it to healthcare providers during the pandemic. 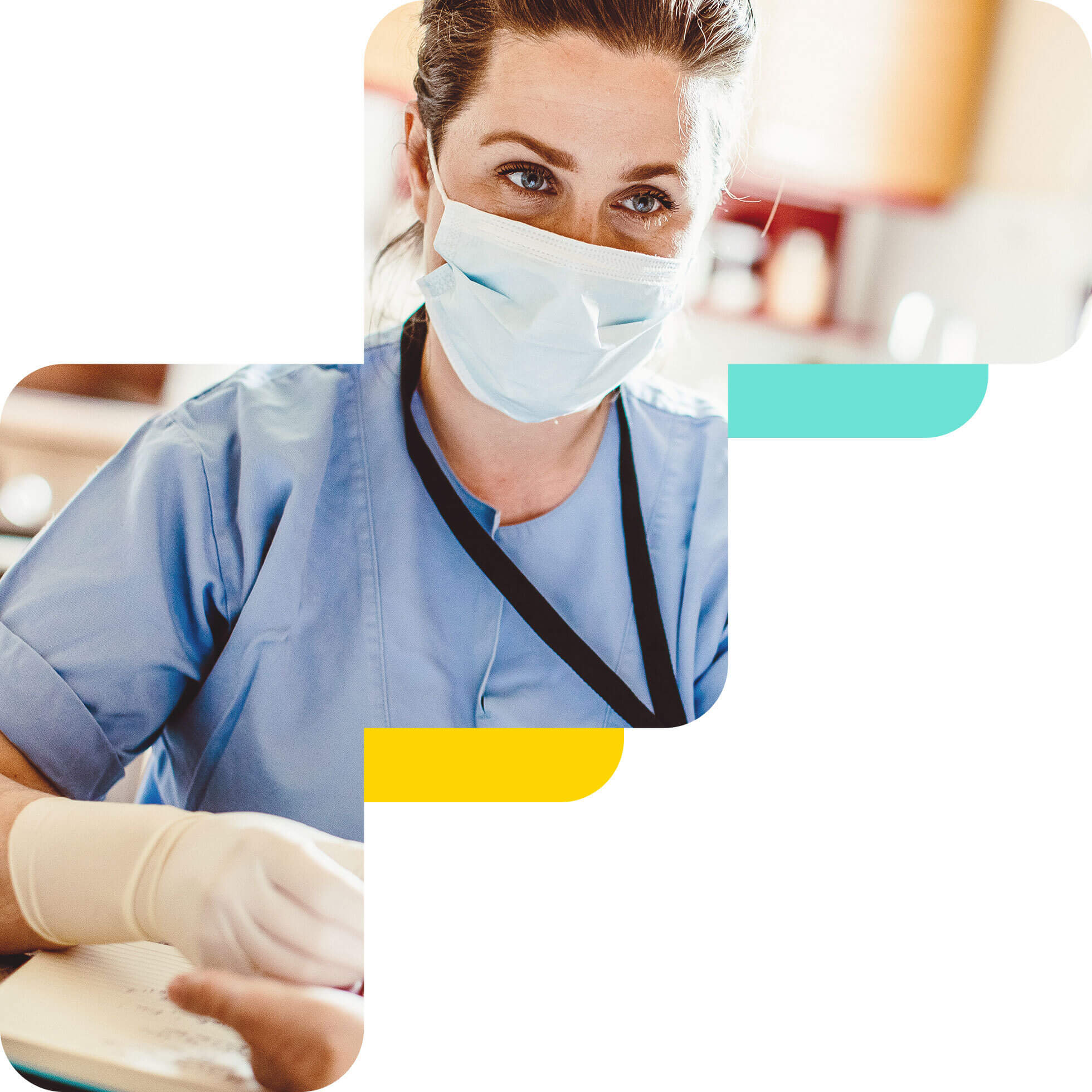 “It was an honor to introduce these speakers and get to hear those stories live. It made the impact so tangible.”

The bottom line of these stories was that women are playing such an important role in healthcare leadership, and these diverse teams have had a direct impact on the larger society, especially during this past year.

It was an honor to introduce these speakers and get to hear those stories live. It made the impact so tangible.”

Takeaway #2: Don’t let others’ underestimation of you, limit you

“This year’s Woman of the Year, Dr. Sandra Horning, told a story about an interview she had back in 2009 to become the global head of oncology at Roche/Genentech. At the time, she was a tenured professor at Stanford University School of Medicine and had an incredibly distinguished career in the field as a practicing physician.

But, the first question in the interview wasn’t about science. It wasn’t about anything specific to oncology. It was, ‘Why do you think you’re qualified for this job?’

She didn’t come in a package that people were expecting for that role, and sometimes that leads to initial questions about capability and readiness. I can absolutely relate to that. Her takeaway, and the point she made that I wholeheartedly agree with is this — ‘You can’t let others’ underestimation of you, limit you.’

So, she took those questions, and she used that to drive her success. She referenced past transitions she made in her life — experiences of transformational growth — and she used that as evidence for her ability to be successful in the transition into the next position.

And, I’ve used that same strategy to drive me through my career and past any underestimations people might have of me.”

“The previous Woman of the Year, Sharon Callahan, CEO of CDM and Chief Client Officer of Omnicom Health Group, shared a few really powerful stories. A part of the HBA Woman of the Year responsibilities is to get to know HBA members and have a greater understanding of the impact our members are making and the challenges and opportunities in our industry.

She told a story about a woman in a leadership position who was in a meeting with her team. After the meeting, the team had a bit of criticism about her and how the meeting went.

And here’s how the woman responded — ‘I hear you, I understand, but what you don’t know is that last night I was driving around the city trying to find my son who’s addicted to drugs.’

Takeaway #4: All of us have a responsibility to create a more equitable workforce

“Sharon Callahan told another story that really struck me about an African-American woman who was recently promoted to vice president of quality for a pharmaceutical company.

This woman joined a Zoom meeting as the new vice president, and before they did introductions, a man in a senior role asked her why she was on the call. She introduced herself in her new role, and he said, ‘Oh, I thought you were here to take notes.’

That story really hit home. These types of aggressions in the workplace still happen… in 2021! Plus, there were other people in that Zoom meeting who could have spoken up and said something but they didn’t. That’s a key takeaway for me — when you see something, say something.

That’s why this year’s event being a live virtual experience was even more impactful. In the past, the Woman of the Year event has been in person in New York City with about 2,000 people. This year, there were more than 7,000 people, all changemakers in the healthcare industry, listening to these stories live.

This was a call-to-action to all attendees to be strong allies, to make a difference and to help us create the kind of equitable workforce that we know will bring more health equity globally.”

This website uses cookies to improve your experience while you navigate through the website. Out of these, the cookies that are categorized as necessary are stored on your browser as they are essential for the working of basic functionalities of the website. We also use third-party cookies that help us analyze and understand how you use this website. These cookies will be stored in your browser only with your consent. You also have the option to opt-out of these cookies. But opting out of some of these cookies may affect your browsing experience.
Necessary Always Enabled

Performance cookies are used to understand and analyze the key performance indexes of the website which helps in delivering a better user experience for the visitors.

Analytical cookies are used to understand how visitors interact with the website. These cookies help provide information on metrics the number of visitors, bounce rate, traffic source, etc.

Advertisement cookies are used to provide visitors with relevant ads and marketing campaigns. These cookies track visitors across websites and collect information to provide customized ads.

Other uncategorized cookies are those that are being analyzed and have not been classified into a category as yet.